The World and Religion

Briefing - News and Notes of Interest! 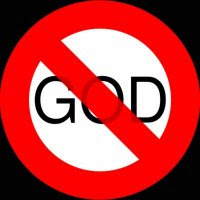 A western Pennsylvania mayor refused to include a banner from an atheist group that says “there are no gods” as part of a holiday display that includes a Nativity scene, which has been erected annually on city property for decades.

Hundreds of people turned out to support the mayor’s decision to go ahead with the display Friday, which also includes symbols pertaining to Kwanzaa and Hanukkah and secular symbols, including Santa Claus, a snowman and a Christmas tree.

The city about 35 miles northwest of Pittsburgh added secular symbols to the display this year after the Freedom From Religion Foundation complained last year that it amounted to a government endorsement of religion.

Seeking to head off a similar challenge, the mayor also invited the Madison, Wis.-based group to contribute something to the modified display, so the group mailed a sign that read: “At this season of the Winter Solstice, may reason prevail. There are no gods, no devils, no angels, no heaven or hell. There is only our natural world. Religion is but myth and superstition that hardens hearts and enslaves minds.”

Democrats claim to have an unprecedented, promising opportunity to expand their voter base into previously uncharted territory — religious voters.

Republicans have long walked in lock step with the loudest and most influential voices in the American religious sphere, professing a monopoly on the faith-based values that drive the decisions of millions of religious voters.

But eager to leave no stone unturned as they peruse the electorate for 2012 supporters, Democrats are setting out to court faith-based voters by connecting their policies on economic issues to the values of equality, tolerance and humanitarianism.

They’re backed up by evidence showing that social issues such as abortion, where Republicans perform better among religious Americans, are taking a back seat to concerns over unemployment and poverty.

The popular headlines today are about sick pedophiles posing as lifelong football coaches, about a career college basketball assistant and his wife and their perverted triangle of abuse, about NFL players stomping on opponents and others being arrested for domestic violence. So let me get this straight: Tim Tebow praising God is a problem?

Sports and religion have mixed since the Mayans and Aztecs went at each other on rivalry weekend, when ESPN cameras weren’t rolling but the winning captain presented his head to the losing one because decapitation was believed the ultimate honor.
I’m thinking Ndamukong Suh would have made a great Mayan.


Joel Osteen’s getting a reality show

More than 10 million people watch Joel Osteen’s television broadcast each week, and soon viewers will be able to see how the pastor of America’s largest church lives outside of Lakewood.

A new reality show will follow the Osteens’ ministry as they serve and inspire people across the U.S., Lakewood confirmed.
Over the years, “just about every studio in Hollywood” has pitched show ideas to the Osteens, but they’ve always turned them down, until now, said Don Iloff, Lakewood spokesman.

The Osteens have been friends with Burnett and his wife Roma Downey, who are Christians and have visited Lakewood in the past, and they trust Burnett’s vision and expertise in the reality TV medium.

The program is in its early planning stages and has not secured a network to air it or even a name yet. The Osteen ministry team hopes it provides uplifting, positive programming that will bring families together to watch.


Number of Christian Denominations:  There are approximately 38,000 Christian denominations in the world. This statistic takes into consideration cultural distinctions of denominations in different countries.
Christianity in America:  Today in America, about 75% of adults identify themselves as Christian. In comparison, the next largest religions in America are Islam and Judaism. Combined they represent only about one to two percent of the United States population.
Not all are truly Christian:  There are more than 1500 different Christian faith groups in America.
Bible Distribution:  Approximately 83 million Bibles are distributed globally per year.
Posted by Gregg Metcalf at 4:00 AM

Thanks for keeping me up-to-date on what's going on in the world. Interesting statistics you've provided. Happy Monday! ☺

I watched the Broncos game yesterday go into over time. Tebow was great! He is truly a light in the dark world of sports.

Great post today, Greg. It is nice to see that there are some who will not cowtow to political correctness.

Gotta love Tebow! Even if some do not! He seems to be a great young man!

As for the Osteen reality show, my 1st reaction was, "Say, what?"