SUMMARY: Justification takes place instantaneously by God’s declaration that the sinner is righteous by the imputation of Christ’s righteousness to the sinner

Read more »
Posted by Gregg Metcalf at 4:12 PM No comments:

The Testing of Personal Faith (Part 2)

There is no message to post for today's Sunday in the Study. Last week services were cancelled due to illness. Therefore the posted message from last week was preached this morning.

In the mean time, here is one of the very few recorded messages that I have access to. I hope it will be of some blessing to you.

It is called The Testing of Personal Faith (Part 2) and it is from July 6, 2003 and was preached at the Living Water Community Church of Vancouver, WA in the Sunday Morning Service.


Posted by Gregg Metcalf at 5:00 AM No comments: 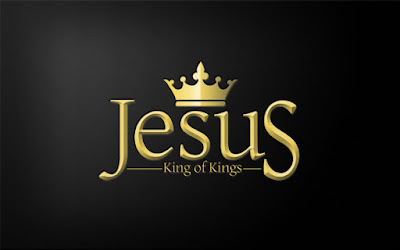 Tell the daughter of Zion’s realm
That the her King is now near
Come to Him all His peoples
There is no need to fear!

Blessings to David’s fair Son!
Blessed who come in His Name
Heavens rejoicing triumphantly
As they testify to His fame!

Challies (Tim Challies from Challies.com) linked to a post at Christianity Today on divorce which linked to this series of articles, which won the Pulitzer Prize. I don't know if there are stats (if there are please tell me where to find them) but I wonder how many women have been killed or injured because they were forbidden to divorce their abusers? (Persis Lorenti)

"I think there are a few reasons why many pastors and Americans unfortunately believe it is a sin for divorce in cases of abuse. One reason could be they hold marriage in high regard in the midst of a culture that seems to devalue marriage. However, they may be misapplying this value and think taking a zero-tolerance stance on divorce will stem the tide." Justin Holcomb

But this only gives the abuser what he wants - continued control over the victim whether present or remotely.

I saw this thread on FaceBook and it caused me to wonder why the obvious seemed to be missing. I think in our rationalization and reasoning we overlooked some things.

First, I shouldn't have to say that I want to be on record that I am against any form of violence against anyone, including women. Lest anyone think differently, I abhor the abuse that has been and is afflicted on women and or the children involved.

Second, as a pastor, husband, father, grandfather, and student of the bible it is clear that this subject needs to be highlighted and dealt with in a biblical and practical manner. For far too long it has been "swept under the carpet."

The Bible seems to be clear on the fact that God intended marriage to be between one man and one woman for a life time. It does seem that due to sin and the hardness of men's heart, Moses gave to the Jews a procedure to protect women who had been put away by their husbands.

If this is the case, how does the subject of abuse fit in the "the picture." First, let me say that I don't believe and nor would I recommend a woman who is being abused to divorce an abuser. Whoa, hear me out.

I think and I have counseled abused women that they need to leave the home immediately and find safe haven. If there are children involved she needs to take them with her and obtain immediate help. Her safety along with the children's safety is of utmost importance. No woman should have to stay in an abusive marriage for one second.

Even though I advocate immediate relief and safety I do not think the Scriptures justify a divorce. I think the woman is to remain celibate and pray for reconciliation. Who knows if God may redeem the abuser and transform him into a loving husband and/or father? Perhaps God will save him and restore the home and marriage. But if God does not save the abuser and restore the home then any abused woman needs to stay as far away from the abuser as possible.

However, choices have consequences. She may not ever reconcile but the Scripture is clear, this is not grounds for biblical divorce and remarriage. It is unfortunate that her choice of a mate and his acting out wicked and evil acts of abuse do not trump God's design and eternal purpose for marriage of one woman and one man for a life-time. Sometimes life isn't fair and at no time is sin ever or its consequences fair.

By the way, let me address those so called "Pastors" who say that a woman must stay in an abusive marriage. I live by several axioms. One of which says, "There is no use being an idiot if you can't show it off now and then." Please do not call any man a pastor who says, "Well, so sad, to bad, you have to stay put." Only an idiot would advocate that. Please don't call those men pastors.

O Lord, I am astonished at the difference between my receivings and deservings, between the state I am now in and my past gracelessness, between the heaven I am bound for and hell I merit.

Who made me to differ, but thee? For I was no more ready to receive Christ than were others; I could not have begun to love thee hadst thou not first loved me, or been willing unless thou hadst first made me so.

Excerpt from The Valley of Vision,
ed. by Arthur Bennett, p. 18

Posted by Gregg Metcalf at 7:54 AM No comments:

The Righteous Judgment of God (Part 9)

SUBJECT: The universality of sin …
…is seen by the design and deficiency of the law

SUMMARY: Paul drives home his point that all of humanity is guilty of sin by explaining the purpose of the law and the limitation of the law

SCHEME: To prove the guilt of humanity

Where Are You Carving? 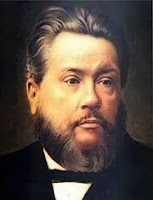 “A good character is the best tombstone. Those who loved you and were helped by you will remember you when forget-me-nots have withered. Carve your name on hearts, not on marble.”

The Righteous Judgment of God (Part 8)

SUBJECT: All men are guilty

SUMMARY: Paul proves all men are guilty of sin since there is no difference between the Greek and the Jew by using the OT Scriptures which prevents anyone from relying on their own efforts for salvation.

SCHEME: To motivate genuine believers to proclaim the gospel

The Righteous Judgment of God (Part 7)

SUBJECT: All men are guilty

SUMMARY: Paul proves all men are guilty of sin since there is no difference between the Greek and the Jew by using the OT Scriptures which prevents anyone from relying on their own efforts for salvation.

SCHEME: To motivate genuine believers to proclaim the gospel