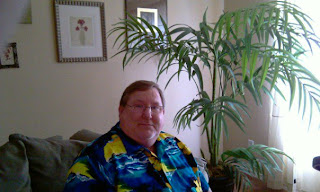 The Gospel-driven Disciples Blog is owned by our Lord Jesus Christ who allows me to operate it for His glory as a steward. The purpose of this blog is five-fold; first, to exalt our Lord and Savior, Jesus the Christ to whom all honor and glory and dominion is due; second, to edify the believer –Him we proclaim, warning everyone and teaching everyone with all wisdom, that we may present everyone mature in Christ; third, to evangelize the unbelieving whom God has yet to open their hearts through His Holy Spirit, drawing them unto himself, fourth, to expound the Scriptures and fifth to expand the supremacy of God in all things.

I am a child of God by the grace of  God having been born again by the Holy Spirit by hearing the word of God, which God granted me the gift of faith and regenerating life enabling me to repent of my sin and to turn from that sin in order to devote my life in obedience and service as a slave of the righteousness of Jesus Christ which now governs my life as I have placed my trust and faith in the finished work of Jesus Christ on the Cross of Calvary, April 12th, 1972.

I am husband of 47 years, having married the former Irene H. Torres of San Jose, CA on June 18th, 1973 at the Tar Landing Missionary Baptist Church, Jacksonville, N. C.

I am a father to four girls, Shannon Annette Metcalf, Sonja Auroa Abramson, Sharon Amber Jones, and Stacy Alaine Gallegos. I got to be in the delivery room for the last two and held them as the entered this world. Oh, yes, Irene was present also!

We have a 9 month year old male Blue Point Siamese Kitten named Chief Kintpuash or Captain Jack, who was the chief of the Modoc people in both California and Oregon. His name in the Modoc language was “Strikes the Water Brashly”. He was the only Native American leader to be charged with war crimes. Kintpuash and his Modoc tribe lived near Tule Lake along the California and Oregon border. Since Captain Jack is easier to say, we call him Captain Jack.

I love the church of Jesus Christ, Systematic and Biblical Theology. I am a Christian first and foremost, a follower of Jesus Christ. I am also a baptist because I believe that the New Testament teaches that believers, after regeneration and conversion, are immersed in water as a part of their profession of faith. This is in identification with the Lord Jesus Christ in His burial and in His resurrection. I am a Particular Baptist because I believe in the biblical doctrines of grace as outlined in the five Solas and in the five points. I am a Strict Baptist because I believe that the Lord's Supper is a divine ordinance celebrated by a body of redeemed, baptized believers seeking to live and serve God in a manner that is set out in the New Testament.

(Disclaimer: It is quite wrong to equate S and; PBs with Post Reformation Denominations. Those brethren who are known as Strict and Particular Baptists are not a 'new movement', nor are they some passing 'religious phenomenon'. Also, and this needs to be stated, S & PBs are not Protestants, nor are they a 'Re-formed Church', and they have never been part of the State-Church system.S and PBs trace their lineage, historically, doctrinally and spiritually, beyond the Reformation through the persecuted brethren of the Middle and Dark Ages and hence to New Testament Christianity. If the truth were to be told, this history has continued from the first century through to the second millennium. This is because of the promise by the Lord Jesus Christ that the gates of hell would not prevail against His Church, that is His Gathering, Assembly, Congregation, of blood bought, ransomed, redeemed Saints. )

I have served as assistant pastor, interim pastor and as a Teaching Pastor for ten years. I have pastored two churches in California and one in Washington state. I have also served as a governing board member of the Tacoma Baptist College in Tacoma, WA.

I am now waiting on the Lord for direction plant a church in order to spread a passion for the supremacy of God in all things through Jesus Christ for the glory of God and the joy of all people. Please join me in prayer as we trust God for the right place to plant this church for the glory of our God. 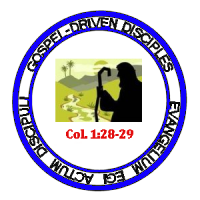