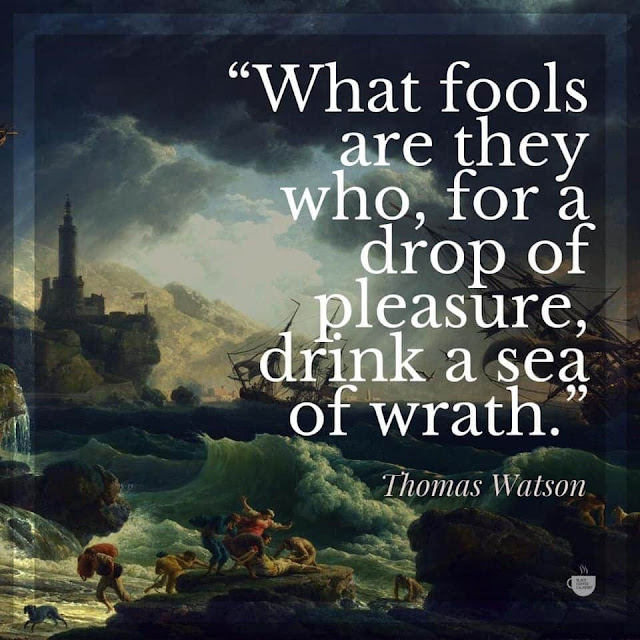 Posted by Gospel-driven Disciples at 4:00 AM No comments:

I'm Going to be a Great-Grandfather! 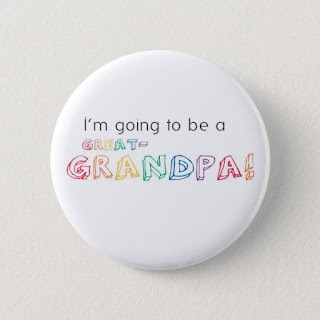 Well, most of you know that I have been a grandpa for the past 25 years. My oldest grandson has recently informed me that in about 7 months or so, Lord willing, I am going to be a great-grandfather.

What's the deal? Am I old enough to be a great-grandfather? Yikes!
Posted by Gospel-driven Disciples at 9:22 AM 1 comment:

Idols of Head and Hand 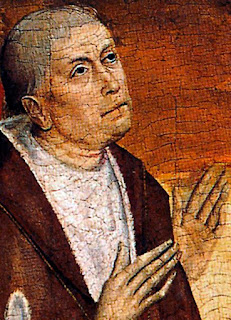 Nicholas of Cusa said, "The intellect knoweth that it is ignorant of Thee, because it knoweth Thou canst not be known, unless the unknowable could be known and the invisible beheld, and the inaccessible attained."

With all that the Scripture does reveal about God and of all that we can discern concerning His nature and character, God is yet fully incomprehensible by finite beings. Otherwise, we are guilty as A. W. Tozer once warned:

"If we insist upon trying to imagine Him, we end with an idol, made not with hands but with thoughts; and an idol of the mind is as offensive to God as an idol of the hand."
Posted by Gospel-driven Disciples at 4:00 AM 1 comment:

The Theft of Conviction and Courage

Fame and Fortune is a thief of
conviction and courage.So few can
resist the theft of either one. 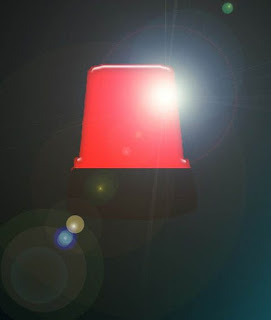 Conservative Pastor John MacArthur puts the People’s Republic of California on notice: Christ is head of the church and not Caesar.

Compare Leftist love for riots, casinos and Black Lives Matter to how they persecute Christ’s Church.


In response to the promise to engage the membership of the Grace Community Church of Sun Valley, CA, by the godless local and state leaders of California by shutting off the electricity and water to their building, let me say this:

To California and all godless leaders, let me share with you a little secret, God's people were gathering in submission to God's command long before there ever was in-door power or water. You will not win this battle. You are pitting yourself against the Head of the Church who bought that right with His own blood through a most bloody, painful, and wretched sacrificial death. Surrender to the Christ of the Church you are about to engage, repent of your transgressions and sins, seek the Christ of the Church before it is too late and you are cast into outer darkness where there is weeping and wailing and the gnashing of teeth.
Posted by Gospel-driven Disciples at 10:56 AM 1 comment:

What is Your Expectation?

How heartbreaking Proverbs 10:28 is, and yet how exhilirating it is at the same time. What a wonderful promise and assurance it is to know that the final expectation of the children of God will be realized and will result in absolute joy.

But, however, so tragic that the hope of the wicked, those who do not know God, will in the end die, perish, or be destroyed. What they hope for, joy, reward, their idea of "blessing" will not be realized.

How tragic to hope for peace, joy, satisfaction, or blessing all of your life and all the while that hope will never be realized. The wicked can hope in themselves, their philosophies, their possessions, and/or their ideals, yet they will not receive what they desire.
Posted by Gospel-driven Disciples at 4:00 AM 1 comment:

But then, It Started To Rain 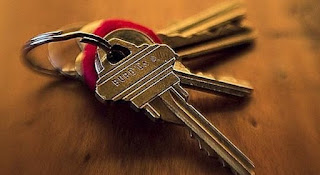 It seems like more today than ever preaching has lost is fervency. Most sermons today are nothing more than "How to have a better life" instruction videos. Many of today's sermons could be easily cataloged right in with Tim Taylor's Home Improvement series.
Good and fervent preaching is hard. I don't mean the gestures accompanying the sermon imitating the fervency. I am referring to messages that are bathed in the power of the Holy Spirit that is life changing.
Please allow me to share three (3) keys to fervent preaching.
*  Study the Scriptures with great effort
*  Reflect on the Scriptures with great earnestness
*  Pray over the Scriptures with great energy
Posted by Gospel-driven Disciples at 4:00 AM 1 comment:

The Valley of the Shadow of... 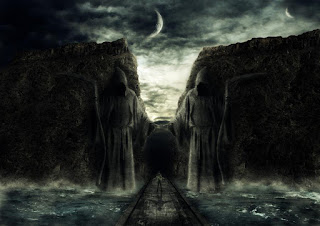 The twenty third Psalm is perhaps the most beloved Psalm of all. It is known by almost all people, whether they be genuine children of God or the children of this world. Many have found and continue to find comfort in this Psalm. It is either read, recited, or sung at most funerals.

It is no secret that this world is full of valleys. As we live and make our way we will encounter all or most of these valleys at one time or another.

What are some of these valleys?


Of course there may be many more valleys that could be added to this list. How do we walk through them? Some of them can be so devastating to us at times that we are paralyzed. We are made immobile unable to think clearly, respond responsibly, or take appropriate action.

For the believer there is only one course of action. Always be turning to and trusting in our Lord and Savior, Jesus Christ. Hebrews 4:16, directs us to come before the very throne of grace where we can find help and grace in the time of need. We must always be about turning to God in faith through prayer in order to navigate through these various valleys that we will encounter.

Listen to what our heavenly father says to us: "...even though I walk through the valley of the shadow of death, I will fear no evil, for you are with me, your rod and your staff, they comfort me." (Psalms 23:4, ESV)

When you turn to Him you will be glad for at least three (3) reasons:
Posted by Gregg Metcalf at 4:00 AM 2 comments:

Who Is To Blame? 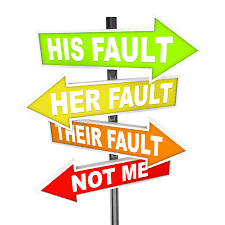 Who Is To Blame? (For the events since February)


Whose fault is today’s state of affairs?


Who is responsible?
Who is culpable?

Drum roll please…. YOU! YES YOU! At least the majority of you. There is a small minority who voted against these politicians.


How say ye? Let me illustrate; there was a time I felt sorry and had great pity for the widows, elderly, single family moms, down and out strugglers who gave much if not all of their resources to televangelists. My heart broke for them as they gave from their meager resources, at the snake oil prompting of the televangelists. But one day it dawned on me; why are they sending their precious resources to greedy televangelists? Because they were just as greedy. They wanted the “return on their fleece of faith.” They wanted the 10-fold return on their offering promised to them by the evangelists. Granted, most if not all needed a return, but they sent their money in because they wanted the promised return.
How does that relate to our topic? Connect the dots… (No, not those dots) The politicians just like the televangelists are doing just what their nature dictates. You should not be surprised when they “bite you.”
How many remember Al Wilson’s song, The Snake Song? Remember the nice lady who found the frozen snake, felt sorry for him, brought him home, set him by the fire and warmed him up? She gave the snake a home, fed him, and cared for him. But what did that rascally old snake do? He bit her. Yep, bit her.
And of course, she was shocked! As she began to die, she asked “Why?” What did the snake say? “Oh, shut up silly woman, you knew I was a snake when you brought me in.”
Why do I say you are responsible? Because you voted in and repeatedly voted in the very people who you thought would be of benefit to you and give you great returns on having put them in office. Some of these snakes, oops, politicians have been voted in for 50 + years.
Now these same politicians who have been warmed and fed by your fires have determined it is payday. Now they have turned on you and bit you. Many have cried out how could this be, how could this happen, why Mr. or Mrs. or Ms. Politician, did you do this? They are saying, “Shut up silly voter, you knew I was a politician when you voted me in!”
Posted by Gregg Metcalf at 4:00 AM 2 comments: 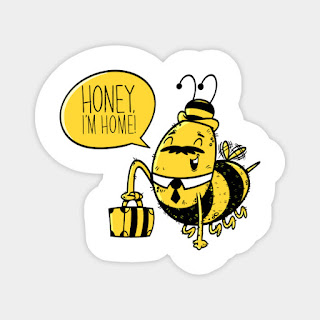 Please don't be shocked, but yes, it seems I am back. It has been a little over two years since my last posting here in the Gospel-driven Disciples. Quite frankly, I was reluctant to stop blogging. I made a few false stops if you would. I was totally burned out and unable to keep up with daily blogging and was ready to quit. But it was like, you know, my baby.

To be honest, I really didn't miss it. I put it on the back shelf of my mind and took up other things. It was like the couple of boxes on the top shelf of my closet that contain a few old items I no longer use but just won't throw away. I never deleted my blog, I knew one day I just might reach for it one more time.

At this point I don't know if this will be a daily blog again or perhaps weekly. Motivation and scheduling will be the determining factor. I still maintain my passion for producing a first class blog that, first of all, glorified God, and secondly, is for your good. So, I look forward to seeing you in the next episode of the Gospel-driven Disciples.
Posted by Gregg Metcalf at 7:10 PM 3 comments: