Briefing - News and Notes of Interest! 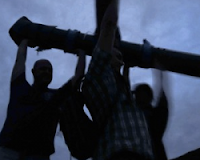 USMC mulling over decision to remove a cross from Camp Pendleton which honors fallen Marines in Iraq.  The Marine Corps said Monday it is reviewing whether to remove a cross placed on a Camp Pendleton hilltop earlier this month by Marines honoring four comrades killed in Iraq. The review came after an atheist group argued that the cross on government land violates the separation of church and state. Several Marines, as well as the widows and children of two of the fallen Marines, carried the 13-foot-tall cross up to the hilltop on Veterans Day. The did so on their own and without Corps permission. The cross replaced one that had been there since 2003 until it was destroyed by a brushfire in 2007. “Camp Pendleton legal authorities are researching and reviewing the issue in order to make a judicious decision,” the Marine Corps said in a statement reported by the Los Angeles Times Monday. 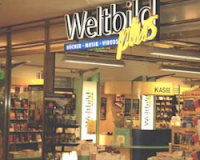 Catholic Church in Germany sells outlet that sold porn. The Catholic church in Germany is to sell Weltbild, its bookselling arm, after the unit admitted last month to publishing pornographic novels, the company says. Weltbild is one of the Germany’s main book enterprises, with annual sales of 1.6 billion euros (2.1 billion dollars) and a workforce of 6,400. Its interests include general publishing, a main national bookshop chain and book clubs. Catholic leaders were outraged that the profitable company’s book range included steamy pulp novels with titles like “Boarding School for Sluts” and “The Lawyer’s Whore” and advice on how to practice esoteric superstitions that are condemned by Catholic doctrine. 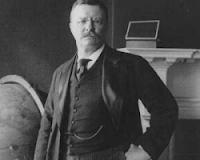 Thanksgiving 1908.Theodore Roosevelt, that force of nature that was once President of these United States, was a deeply religious man.  He attended church faithfully his entire life.  (He was Dutch Reformed, but he often attended Episcopal services with his wife.)  He opposed putting the national motto “In God We Trust” on currency, for fear it would cheapen the  noble sentiment, as would be the case, in his view, if it were used on postage stamps or in advertisements.  He was opposed to all religious bigotry as he would state immediately after the campaign of 1908 when the Unitarian Willam Howard Taft came under fire for his religion… A frequent reader of the Bible, Roosevelt once opined that a thorough knowledge of it was more valuable to a person than a college education. His Thanksgiving Proclamation of 1908 rejoices in the material well being of the country, but notes that there is far more to life than piling up material possessions.  He would have vigorously dissented from the idiotic bumper sticker:  “He who dies with the most toys wins.”

7,500 - earthquakes recorded near Christ Church, New Zealand since a 7.1 magnitude quake hit the area in September of 2010. People think L.A. is bad!

1 in 7 - Americans who receive help from the Federal Government to put food on the table. Sounds like it is time to call in "...a man named Jed, a poor mountaineer who barely kept his family fed, but one day when he was shooting at some food, up from the ground came a bubblin' crude." We could use the food and crude it sounds like.

Happy 80th birthday to my dear Father, Glenn F. Metcalf, of Modesto, CA! I love you Dad!
Posted by Gregg Metcalf at 4:00 AM

Thanks for the briefing! ☺ And Happy Birthday to your Dad. Will you be traveling to celebrate with him?

PS...Completely unrelated to your post...Got a question for you...I was reading Galatians 6 this morning. Verse 17, Paul says "I bear on my body the marks of Jesus" Was he being figurative or literal? Did he bear the stigmata? Thanks in advance for the answer! I figured you'd know. ☺ Happy Thursday!

Thanks and thanks. No I can't make CA at this time, wish I could.

There is no such thing as the stigmata. Those marks Paul bore were the scars from the stoning at Lystra and the several beatings he took for representing Jesus Christ. Those scars symbolized Jesus Christ to Him as Paul served as a witness and an ambassador for Christ and His cause.

Tell dad Happy birthday, My dad also turned 80 this year. He is hard to live with at times we hardly agree on any thing political, but he is a good man whom I love and pray for his salvation.