Many of you over the last three years have followed a wonderful blog called the Old Geezer’s Blog. This blog was run by our good friend Ron from southern California. Ron has amused, amazed, agitated, and astonished us with his wholesome, winsome, and wiley posts about facts, figures, and fun. We looked forward to his blog each day and many followed Ron religiously. There is no doubt that his blog was one of the fastest growing and most popular blogs available. 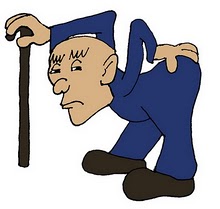 Having come to know Ron my appreciation and love for him grew. He and I would communicate regularly through our emails. His spirit was sweet and his personality gregarious. Ron has a distinct purpose for his blog. Yes, behind the humor, hominess, and hospitality, Ron desired to magnify the majestic character of our glorious God and secondly, to be the greatest blessing to you as God was to him. Ron loves God, loves His dear Son, and loves you, his reader. What happened?

First, Ron did not die, nor is he sick or incapacitated. For those of you who thought he might need to be “committed,” he is alive and well. Second, Ron did not quit blogging because he no longer wanted to be a blessing to you. What happened?

Ron informed me by email, as he did many of you, that a hacker has “hacked” into his beloved blog and wreaked havoc. So much so that Ron decided to shut down The Old Geezer blog. Unable to deal with and fully fix the damage done by this unscrupulous hacker, Ron turned off the lights and Don Meredith from somewhere over the rainbow sang, “Turn out the lights, The Party is Over.”

I was reminded by Eddie Eddings of the Calvinistic Cartoon fame of the first hacker that ever hacked into a “system.” That hacker of course was Satan. Although we don’t have much detail to go on, we can put together enough of the puzzle to see this evil “hacker” and his dastardly deed.

Genesis 1 tells us that for unknown reason God stepped out of eternity and chose to create the heavens and the earth. God spoke and new things came into existence. For example God said let light be, or thanks to William Tyndale, let there be light and there was light. The inspired account tells us that each day God spoke something new into existence such as light, the sun, and the moon, vegetation, plants, trees,  fish, birds, and animals. Interesting enough, God didn’t speak man into existence, He reached down into the red clay dirt and “formed” man from the dust and then breathed into him life. The unique thing we read in this account is that God saw all that he had created was good and He declared all that he created as good. It was all good and perfect without flaw or fracture.

We don’t need to be rocket scientists to see wicked, evil, unrighteous, or not so good permeating this earth. Men do evil things. God calls it sin. How did that happen? Why did it happen? Well, let me assure you the first question is far easier to answer than the second. As a matter of fact the second might never be answered this side of eternity.

As far as the first question, how did this happen? It was the work of a hacker. The first hacker to ever hack into anything as a matter of fact.

Job 38:7 says, “…when the morning stars sang together and all the sons of God shouted for joy.” This tells us that when God spoke the heavens and earth into existence, or as Job says “…when I laid the foundation of the earth…” angels were present and sang and cheered God when the earth, though void and dark came into existence. This means that God created the angels at the first moment of creation as the created the heavens and the earth. He spoke the heavens into existence, created the angels causing them to observe the rest of creation and as they watched God create with such glory, power, beauty, and so god-like the angels sang and cheered. 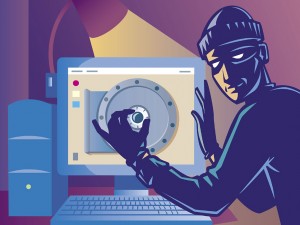 Hence, the first hacker. Lucifer hacked his way into the psyche of the serpent. He infiltrated and invaded this beautiful creature and rerouted its circuitry. He caused the serpent to speak to Eve and to corrupt God’s words to her and Adam. Having been hacked into, Eve chose the opposite of good and ate the forbidden fruit. Having been fully hacked into and under the control of evil she gave the fruit to her husband who willingly ate of the forbidden fruit. God’s creation had been corrupted. God’s creation had been hacked. Evil was now a part of creation. Why God allowed this to happen is almost beyond us. All we can say is that God’s glorious character is yet made known even through the evil that came into existence as the first hacker did his dirty work.

Ron may or may not be able to overcome the damage that has been done to his wonderful blog. Ron may or may not come back on line as The Old Geezer, but rest assured that when God chooses to He will overcome Lucifer, the great hacker and repair all that this wicked and evil angel has done.
Posted by Gregg Metcalf at 4:00 AM

I'm so sorry, I noticed, but Ron sometimes takes extended breaks from blogging.

Thanks for letting us know Gregg, Ron I'm praying for you!

Dear Brother Gregg, thanks for your kind words... I am humbled.

Sooner or later all things must come to an end. I except what happened as God's will. Oh yes... God is even in control of blogs. The LORD gave and the LORD has taken away. Blessed be the name of the LORD.

Thanks again for your friendship.

Thanks for the explanation. I had wondered what happened to TOG and was concerned.

Ron, I hope you will be back on the web for the glory of God.

Great post, Gregg. There's many a sermon idea here. I am just glad that Ron is okay.

I thought Ron's blog had been hacked. A lot of us miss his posts. God does have His own reasons for all things, including Satan. He is already conquered and the Lord in His own time will take him out of the picture for good.

Gregg if you email Ron please tell him how shocked I was to hear of his blog being hacked.
I was a follower but sometimes didn't see or hear from Ron for a while so haven't thought anything of him not being on line.
Ron is someone you just can't "Forget".

This is sad. What a great blog that was! I am very thankful to you for this post, Gregg, and for Ron's comment; it made me find the Old Geezer's new blog! :-) But I can't leave him a comment. :-(

Blessings to you and Ron!

I agree with Petra. This is sad. But thank you so much for letting us know what happened to our beloved Old Geezer blog. And thank you Ron for leaving a comment. I can follow you now. ☺

So glad to see Ron comment here and sorry about his great blog.

Thank you so much for this post. Ron was one of my first followers, and was so warm and encouraging that I stuck things out when my first instinct was to give up. I loved Ron's blog, and I can remember one or two stories - one involved a blind horse and his buddy - which brought tears to my eyes. Once again, I run up against that old brick wall - why do bad things happen to such good people? I'm glad to know that Ron is well, and if you read this Ron - Know that you reached out and touched me, that you inspired others, that you were a true missionary in spirit, and that I credit you and a half dozen others with helping me to launch a (still in its infancy) writing career. May God bless you and keep you. Li @Flash Fiction (The previous comment was deleted due to various misspellings :-) )

Thank you for telling what happened. In your comments I found Ron so can now follow him at Encourage One Another, thanks!
Sandra @ Thistle Cove Farm