The Glorious Doctrine of Redemption! 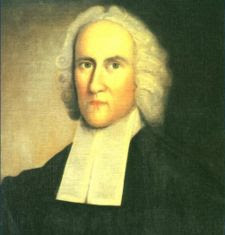 "The Wisdom of God"

Your Weekly Exposure to Edwards

Gospel Driven Disciples posts some highlights from the prolific works of Jonathan Edwards. The following excerpt is taken from “The Wisdom of God Displayed in Salvation", in the Soli Deo Gloria title, Our Great and Glorious God.

“To the intent that now unto the principalities and powers in heavenly places might be known by the church the manifold wisdom of God.” (Ephesians 3:10)

The glorious doctrine of the redemption of sinners by Jesus Christ was in a great measure hidden in the past ages of the world. It was a mystery that before they did not understand, but now it was in a glorious manner brought to light (vs. 3-5, 8-9).

What Christ had accomplished towards His church in the work of redemption had not only in a great measure unveiled the mystery to the church in this world, But God had more clearly and fully opened it to the understanding even of the angels themselves.

One end of revealing God’s counsels concerning the work of redemption is making know His wisdom. It is called “manifold wisdom” because of the manifold glorious ends that are attainted by it. Those to whom God would manifest His wisdom are called “principalities and powers in heavenly places,” distinguishing them form those who are in places of earthly power and dignity.

The display of the wisdom of God was especially made to the angels when Christ introduced the gospel dispensation, implied in those words, “to the intent that now…” When Christ died and performed the work of redemption – when He had revealed the counsels of God, and accordingly introduced the evangelical dispensation and erected the gospel church – then the angels understood more of the mystery of man’s redemption, and the manifold designs and counsels of divine wisdom, than every they had one before.
Posted by Gregg Metcalf at 1:00 AM