The Case of the "Snatched Snowman"

We had a wonderful time one year in Austin, Texas at a "family reunion" Christmas. I was able to fly down to Austin and spend Christmas with my parents, Glenn and Evelyn of Modesto, CA and all of my brothers and sisters. This was something that we had not done, unfortunately, in a  number of years.

Overtime, my sister Donna and her husband moved to Austin, Texas; while I migrated to Washington State. Shortly after moving to the Seattle area, my sister Nancy and her husband moved to Bellingham, Washington. They fell in love with the area just below the Canadian border - I must laugh at times, because we couldn't be further apart while being in the same state. She is just a few miles from the Washington/Canadian border while  I am just a few miles from the Washington/Oregon border. My brother Craig and his wife Jill, whom Craig use to write and illustrate a "family comic-strip" about his wife Jill, named Jilly-Willy was eventually transferred by his job to Houston Texas. My youngest sister, LeeAnn and her husband migrated to Augusta, Kansas.

Over the years, it became, for one reason or another very difficult to get together as families for the Christmas holidays. However, in December of 2001, through the graciousness of God, and careful planning we were able to bring my parents and all five of their children, along with some of their grandchildren under one roof.

We did the normal things families do, such as catching up on jobs, kids, joys, and troubles. We spent the time reminiscing about previous Christmases, especially those wonderful times my parents provided for us when we were all little. It was fairly uneventful, quiet, and almost without mishap. Until the day of the snatched snowman. That incident will never be forgotten. It is etched in all our memories as a frightening and unsure moment in the midst of this wonderful holiday season.

The day started out like any other day, see... 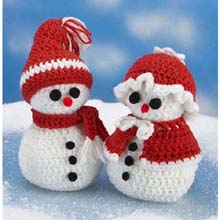 My mother had bought a little yarn snowman at Wal-Mart sometime during the week prior to Christmas Day simply because she liked it.Sometime during that fateful day this snowman disappeared. He was like you know, there one minute, and then gone in the next minute.

While we were wondering what happened to him, the phone rang. We were jarred out of our saddened contemplation by the loud ringing of the phone. It was "the call." In a muffled, unrecognizable voice the caller was demanding a ransom for the safe return of the snowman. 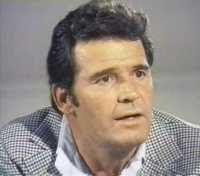 Naturally after a boisterous family debate and vote we agreed to "pay" the demands of the ransom notes. The demands were complied with and eventually Frosty, as he became known was returned on Christmas morning in the early dark and quiet morning hours unharmed. No one to this day knows who took little Frosty; the crime remains unsolved.

Even with a house full of Perry Mason, Ben Matlock, Law and Order, CSI, Adam-12, Peter Gunn, Jim Rockford, and Barnaby Jones fans we still couldn't crack the case. I wonder if John Walsh could help, or maybe this is a file for Cold Case?

Needless to say we kept a close eye on Frosty that Christmas holiday, not to mention on each other. His adventure was captured and preserved in a story by my mother. Now and then in hushed, somber, yet thankful tones, we speak of that fateful event during Christmas 2001 when poor little Frosty became "The Snatched Snowman."
Posted by Gregg Metcalf at 3:00 AM

Have you considered calling in the FBI? Or CISIS?

Most enjoyable Gregg, we're in for another fall of heavy snow, hope the internet don't disappear.

Gregg, You might consider writing a book about the mystery of Frosty The Snatched Snowman. I'm almost sure Hallmark would make it into a movie. $$$$$ :-)

That's too funny! Y'all are a wild & crazy bunch. So... what demands did you have to meet?