Another Year is Dawning 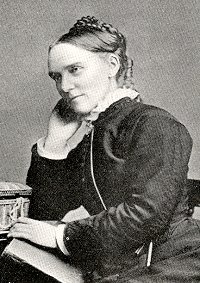 Frances R Havergal was widely known throughout England as "the consecration poet." It was said of her that she always lived her words before she wrote them. It was also said that her life was one of constant and complete commitment to God. Havergal was an accomplished pianist and vocalist. She was reported to have been fluent in seven languages. She was thought to have a brilliant mind. She memorized the Psalms, Isaiah, the Minor Prophets, and the entire New Testament.

In January of 1874 many of the close friends of Frances R. Havergal received a New Year's greeting with the following heading.

I LOVE IT!! making it my new year's prayer.

Thank you Gregg for another enlighten post. God bless you and your family and may the coming New Year bring joy, peace and happiness. Lloyd

What a beautiful poem! Thank you for sharing. I'll be sending it to those on my mailing list.

Beautiful, Gregg. Thanks so much for sharing this. Happy New Year to you and yours!

A wonderful poem Gregg, a pleasure to read.

I don't know where you find this stuff! Thanks for sharing another great little nugget.

A perfect hymn for the start of the year. Have a blessed New Year, Gregg!

I can understand why it is considered by many to be the best New Year's prayer of consecration that has ever been written.

Gregg, thanks for sharing that bit of history! She sounds like a very Godly woman.