V is for Virtue 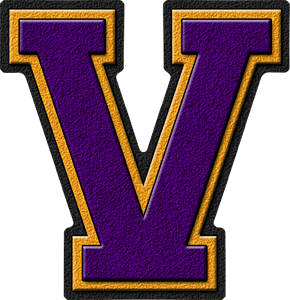 V is for Virtue

“For this very reason, make every effort to supplement your faith with virtue…” (II Peter 1:5a, ESV)

Step # 1 – Select a word to be studied. For this word study I have selected the word “virtue.”

Comparing these translations and our paraphrase we initially conclude that virtue is to be thought of in relation to morality or to that which is good.

Step # 4 – Use an Exhaustive Concordance, locate other passages in which the English word (virtue) is used by the same bible writer.

Strong’s Exhaustive Concordance of the Bible (p.1099) shows that virtue appears again (in the KVJ text) in:

II Peter 1:3 – “as His divine power has given to us all things that pertain to life and godliness, through the knowledge of Him who called us by glory and virtue,…”

II Peter 1:5 – “But also for this very reason giving all diligence , add to your faith virtue, to virtue knowledge.”

Step # 5 – Define the word in its original language

New Thayer’s Greek English Lexicon of the New Testament (p. 73) tells us that “virtue” in II Peter 1:5 translates the Greek word αρετη arete (ar-et’-ay). It is used widely in Greek writings meaning “any excellence of a person in body or mind or of a thing, an eminent endowment, property or quality. It was used of the human mind and in an ethical sense. It includes a course of thought, feeling, and action; moral goodness. It also is used of any particular moral excellence, as modesty or purity.

Vincent’s Word Studies in the New Testament (p. 677) tells us that Peter used this word “virtue” in the original classical sense denoting excellence of any kind – bravery, rank, nobility. He adds in a note that “virtue” as used by Peter means energy with which Christians are to exhibit, as God exerts his energy upon them. Christians are to exhibit virtue or energy in the exercise of their faith, translating it into vigorous action.

A. T. Robertson’s Word Pictures in the New Testament (p. 151) tells us that virtue means moral power, moral energy, and vigor of soul.

The New International Dictionary of New Testament Theology, Vol. 3 (pp. 925-932) tell us that αρετη (arête) is a noun derived from the root ari which means “to please, or pleasing.” Originally our word meant the specific quality appropriate to an object or a person.

In its earliest use it was used of things, animals, men and gods. It can connote the excellent quality or arms or horses. When used of men the reference is usually in fighting or of the mind. So αρετη arete is used of the whole man, of both physical and spiritual qualities.

In II Peter 1:5 our word virtue is used in the sense of good and correct behavior.

Simon Kistemaker in his New Testament Commentary on II Peter, in regards to our word virtue, of the seven “virtues” they relate to God’s characteristics. Our daily conduct should be a demonstration of moral excellence. Faith and excellence support one another.

It seems that as believers we have been given everything that we need that pertains to living godly lives to the honor and glory of the Lord Jesus Christ. God, through Christ has given us the qualities that we need to live a godly and holy life. To say we cannot see changes in our lives in regards to our behavior is to deny this truth and call God a liar.

God gives us the initial faith that leads to both redemption of our soul and the life changing process of sanctification. We are to supplement that God given faith by “adding” to or “supplementing” it with various attributes worked into us by God through His Son Jesus Christ.  There is to be a moral excellence, a quality of “goodness” that characterizes our life as a child of God.

Posted by Gregg Metcalf at 4:00 AM

A good V word Gregg, so good to read and as always very interesting.

Great V word, and something we need more of in this world.

Excellent V word. I like the vigor of mind. This is more than thinking happy thoughts and saying I meant to do the right thing.

2 Peter 1:3 is a powerful verse. God's divine power has given us all things that pertain to life and godliness. He has empowered us to do good and has withheld not a thing that we need. Sobering, convicting! Great V post!

Good job on the V word! And I'm glad I hoped over to your blog. Very nice! Looking forward to more posts. Holly

amen!! and the way to lessen the power of our vices is to practice the opposing virtue.