A is for Amen! 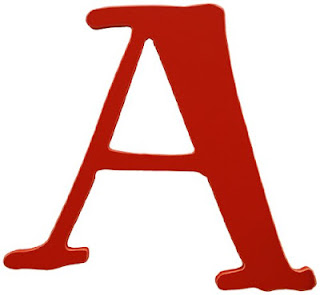 Amen is a Hebrew adjective that originally meant “reliable, sure, true.” When it is used as an adjectival verb it meant, “It is reliable or true.” Another Hebrew verb, aman means to “support, sustain.”

When amen is used in the New Testament it usually is used as a liturgical formula at the end of a doxology. It seems from I Corinthians 14:16 that in the early church the congregation was expected to respond with a spoken “amen.”

Those who pray or listen as another prays and at the end says, amen, put themselves into the statement of what was said or asked with all earnestness of faith and intensity of desire. Our word is often used to show strong agreement and/or sympathy with the one who is speaking or asking.

Jesus seems to have given this word a slightly different meaning when he uses it in the Gospels. When Jesus used this word, He used it to mean “surely” or “truly.” All four Gospels (Matthew, Mark, Luke, and John) show this word to be an introductory formula. For example:

“amen lego hymin” “truly, I say to you” which serves to emphasize the authority of what He is about to say. This phraseology is peculiar to Jesus in the New Testament and probably reflects His divine self-consciousness. Jesus does not have to wait until after he has spoken to ratify what is said; all that Jesus said had the mark of absolute and certain truth.
_________________________________________________
Bibliography. Walter A. Elwell, Evangelical Dictionary of Theology, 2nd Ed, p. 51
The International Standard Bible Encyclopedia, ed. G. W. Bromiley, p. 110
Posted by Gregg Metcalf at 4:00 AM

An excellent start to the challenge Gregg. Wonderful to read as always.

This is a great first post. I didn't know history of the word Amen. Thanks for the lesson. Good luck in the challenge.

Amen, Gregg! ☺ Thanks for breaking down an often-used word that most of us don't think of in its original context. Great beginning for the Challenge. Looking forward to reading ALL your posts. Happy Sunday! ☺

What an interesting post! I very much enjoyed it.

Great start to the A-Z challenge!

(I like the verse on your comments page, too!)

SueH I refuse to go quietly!

Amen is one of those words we hear and even say a lot without realizing its meaning. Thank you for an informative A post, Gregg!

You couldn't have chosen a better word to start this fascinating challenge! I learned a lot today. Amen is such a powerful and reverent word.

Amen to all that! Blessings.

Love it! I didn't know the history or meaning of the word "Amen," but I am glad I got to learn about it! Thanks so much for the informational post! :)

Forgive my ignorance, but is there an etymological link between Amen and Omen?

Amen! Looking forward to your posts. Now, I've got some catching up to do... :-)

Amen- as in This is truth and I am In agreament.

It's been a real history lesson!

May you continue to be inspired to spread good news that teaches!

See you next week! Hope your weekend was restful and prosperous!

Much prosperity unto you!