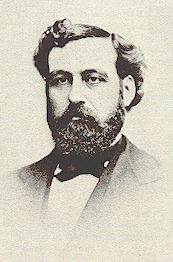 On this day, December 29th, 1876 a passenger train crashed when the trestle bridge it was crossing collapsed near Ashtabula, Ohio. Ninety two people died in what became known as the Ashtabula River Railroad Disaster. Among the number of passengers who died that day was Philip P. Bliss.

You may not know who Bliss was but you certainly know his hymns. Bliss was an accomplished composer, conductor, gospel singer, and evangelist. He wrote many hymns, some which you still sing today – that is if your church or fellowship still sings hymns.

Among the hymns that Mr. Bliss wrote are; Almost Persuaded; Hallelujah, What A Savior; Wonderful Words of Life; and Let the Lower Lights Be Burning. Thank God he also wrote the music to one of the most precious poems ever written. A man named Horatio Spafford wrote the words to It is Well with My Soul after receiving a telegraph that the ship his wife and daughters had been traveling on had sunk, and that his four daughters had drowned at sea. Philip Bliss wrote the tune to those words that we love and sing today. 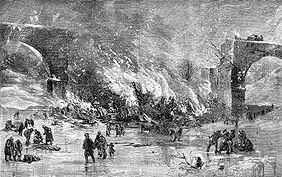 How did he die? He actually survived the crash and had made his way out of the passenger car that he and his wife had been traveling in. While waiting rescue the passenger car caught fire and he went back into the flaming car to rescue his wife. In God’s sovereign plan both died in the fiery car and neither body was ever found.

The Bliss’s were survived both their two sons, George and Philip who at the time were aged 4 and 1 respectively. Eventually a monument was erected in Rome, Pennsylvania in Bliss’s memory.

By the way, one more fascinating piece of information, though neither body was found, his traveling trunk somehow survived both the crash and the fire. Inside the trunk was the manuscript for a song that he had written. However, no music for those lyrics was found in that trunk.

Soon afterwards as providence would have it, a man named James McGranahan wrote the music which allowed Thomas Edison to make it one the first songs ever to be recorded. Oh, what was the name of that song? It was I Will Sing of My Redeemer.

The night before that terrible railroad accident at Ashtabula... he said to his audience, "I may not pass this way again." Then he sang a solo entitled, I'm Going Home Tomorrow. This proved to be prophetic of his own home-going.
Posted by Gregg Metcalf at 5:17 AM

Thanks for posting this. I was familiar with his hymns but did not know his story.