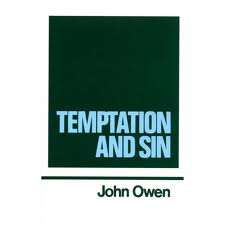 Be killing sin or it will be killing you! Owen must have gotten this idea from the Apostle Paul, "For if you live according to the flesh you will die; but if by the Spirit you put to death the deeds of the body, you will live." (Romans 8:13, NKJV)

Owen's volume Temptation and Sin is probably one of the best, if not the best book, apart from the Bible on putting to death the deeds of the body. Of course the deeds of the body refer to sin. I make this statement because of the depth and clarity Owen gives to the doctrine of Sanctification. His use of Scripture, exhortation, edification, and encouragement is a major benefit to the believer who struggles with sin.

The purpose of the author if found in his opening sentence in the Preface. Owen writes, "I shall in a few words acquaint thee with the reasons that obtained my consent to the publishing of the ensuing discourse. The consideration of the present state and condition of the generality of professors, the visible evidences of the frame of their hearts and spirits, manifesting a great disability of dealing with the temptations among themselves, they are encompassed, holds the chief place amongst them."

Owen reinforces this opening statement with these words, "That what I have of direction to contribute to the carrying on of the work of mortification in believers may receive order and perspicuity...and reduce the whole to an improvement of the great evangelical truth and mystery contained in them."

Owen's theme is taken, as previous suggested, from Romans 8:13 - the putting to death of sin. His thesis is also found in the succinct sentence of, "Be killing sin or it will be killing you."

Owen used both exposition and argumentation to develop his theme and thesis. Owen skilfully employed both explanation and analysis to present his argument. Owen expertly presented the facts concerning temptation, sin, and the believer's responsibility to put to death sin.

Owen also employed the technique of argumentation to instruct and persuade his readers concerning the truth of his thesis. Owen is clear in the fact that he wants his readers to be both informed and proactive in the putting to death of sinful deeds for their spiritual welfare.

As usual with Owen, I found this book to be both interesting yet difficult to comprehend. Owen is a very able expositor of the Scriptures and handles them carefully and accurately. Owen is extremely objective and uses ample Scripture to make his point (s). However, it goes without saying that one must take their time and make an effort to truly understand what Owen has said. At times I found myself reading and re-reading the same paragraph a number of times until I "got it." Though this can be somewhat tedious and taxing it is more than worth it.

The reader must take note that there are at least three (3) books or essays contained in this volume. They are On The Mortification of Sin, Temptation, and Indwelling Sin.

There is also a massive exposition of Psalms 130. They all relate to Owen's theme and thesis. Owen uses each one to build his case. Each of his arguments (contained in this main points and in the body) are scriptural and therefore true.

The scriptures make it plain that God did not save us to leave us in our sin. Sin is an ugly, evil, and destructive force that desires to destroy everything in its path. Owen fights for the reader to recognize sin, it's deceitful tactics and design in order to victoriously put it to death. Owen is clear and concise giving the reader all the necessary information and tools in order to combat sin.


John Owen was a noted pastor, lectured before English Parliament on a number of occasions, and Chaplain to Ireland and Scotland. He was an adviser to Oliver Cromwell (Lord Protector of England)

Temptation and Sin format is an 8 3/4 x 5 1/2 x 1 1/4 hardback. The binding is library binding. The typography is small and single-spaced. There are no maps, no illustrations, or photographs.

This book has very few footnotes. There are no end notes, indexes, or bibliographies. The reader should be aware that Owen makes much use of the scriptures.

My general conclusions are that this book if well worth the reading. It is a book that should be next to every believer's bible. If one were to purchase a single volume of Owen I would recommend that purchase to be this Volume.
Posted by Gregg Metcalf at 5:00 AM

denny abby - thanks. you are welcome.

Yvonne - Welcome back! Thanks so much!